Janet Hubert, a former Fresh Prince of Bel-Air star, has been cast in the Demascus series on AMC.

Okieriete Onaodowan plays Demascus, a 33-year-old Black man who goes on a journey to find himself by using cutting-edge new technology that lets him experience different versions of his own life (Jack Ryan, Station 19). Hubert has been chosen to play Dr. Bonnetville, a psychologist with a sharp tongue and quick wit who helps her patients grow through a unique mix of unbothered indifference and powerful tools.

"My [first] series in 32 years. I have joined the cast of AMC'S DEMASCUS. I am honored and excited 😊 to be a part of this brilliant series!" Hubert wrote on Instagram. 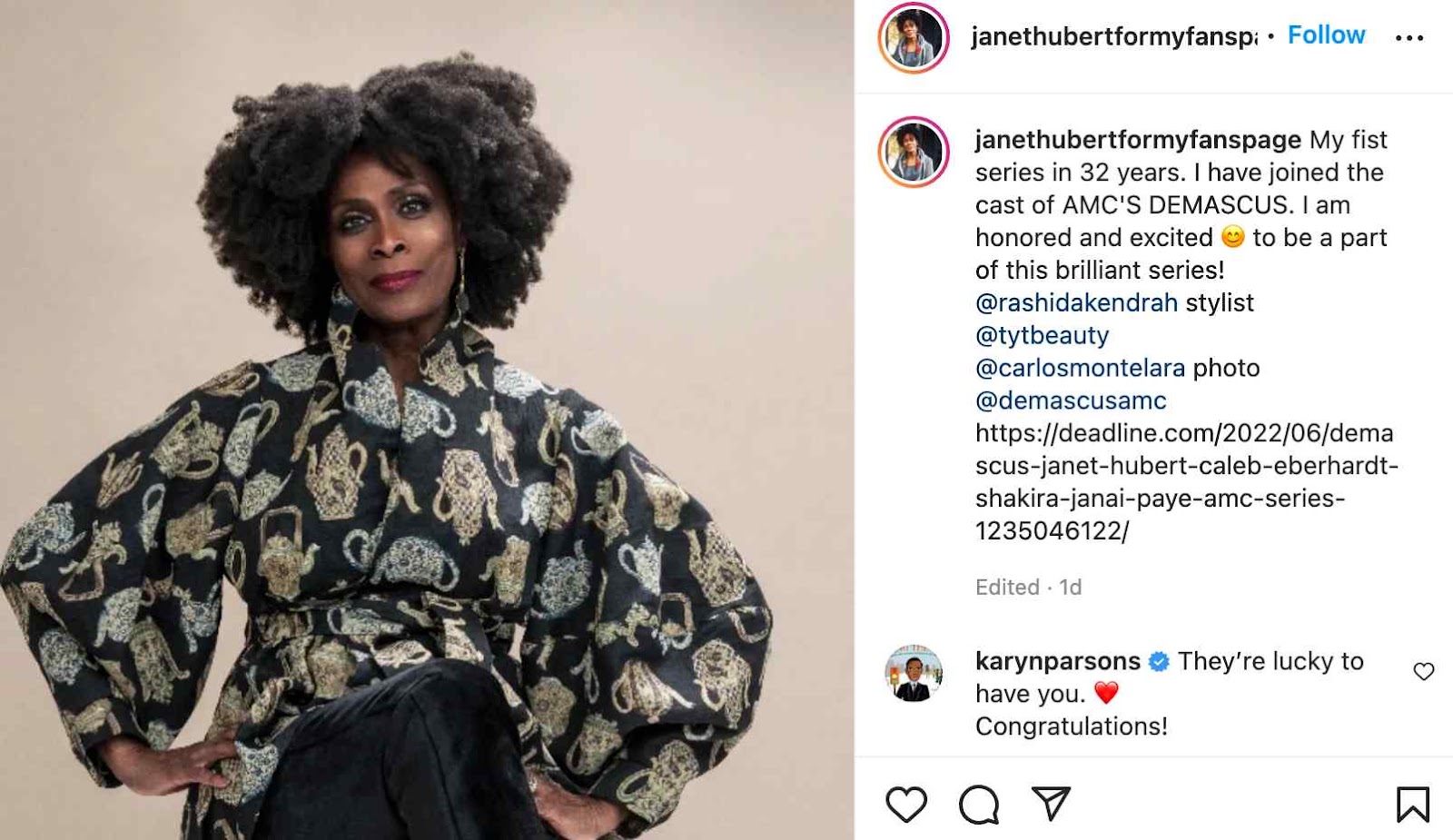 With her infamous fallout with Will Smith during the first three seasons of The Fresh Prince of Bel-Air finally put to bed, Hubert's career is on the rise again. Hubert had said that Smith was to blame for her being put on an entertainment industry "blacklist." In 2020, however, they met up again for a reunion special, where they finally settled their long-running conflict.

The actress joins fellow cast members Caleb Eberhardt (Redd) and Shakira Ja'nai Paye (Naomi) both of whom were previously announced. Both Redd and Naomi have big impacts on Demascus' life and on what he learns about himself.

Redd is Demascus' best friend and a fellow bohemian artist who is a recovered reprobate stumbling into adulthood, and he's determined to take Demascus with him. Naomi is a seductive singer who captures Demascus' heart and mind when they meet by accident. She is a haunting missed connection, and he can't stop wondering, "What if?"

Tearrance Chisholm is a playwright and writer for Boomerang. He made the half-hour series Demascus. Mark Johnson's Gran Via Productions is in charge of making the show (Better Call Saul, Breaking Bad). Co-showrunners are Kirk Moore (American Crime, For Life) and Chisholm. A press release says that Myki Bajaj, who is part of the band Gran Via, is also a producer.

The first season of Demascus will start airing on AMC and AMC+ in 2023.

Nobody Can Even Imagine What 'Stranger Things' Spinoff Has In Store, Say Duffer Brothers

Back to Homepage
Back To Top